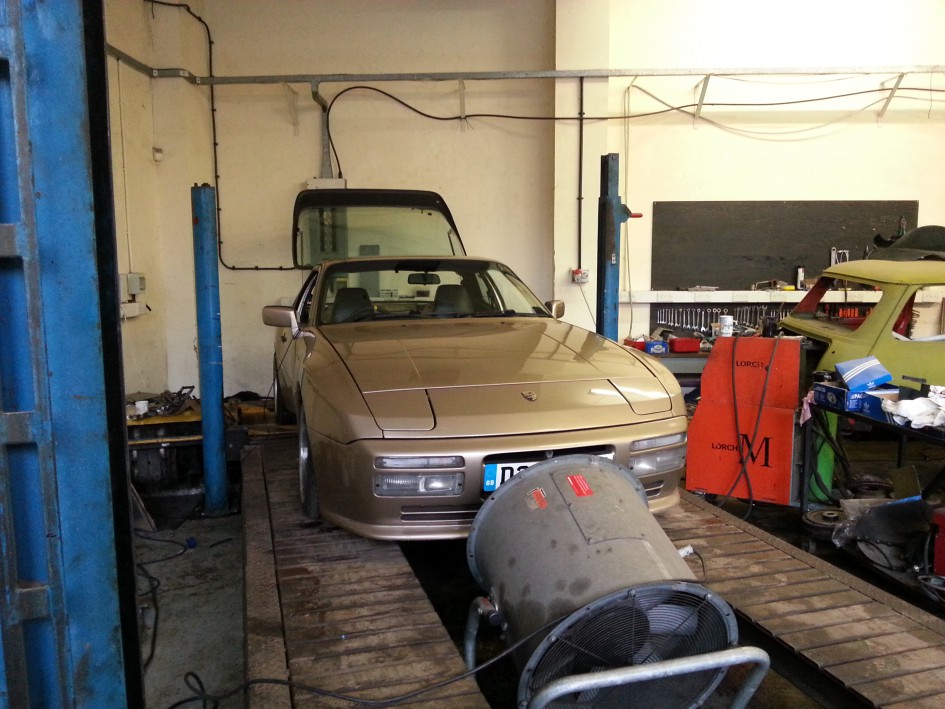 Testing a 944 Turbo fitted with a Honeybadger K26/6 Hybrid turbo.

The Honeybadger turbo is based upon the smaller K26/6 model turbocharger found in the 220bhp 944 Turbo models. Even with other modifications the small size and old design of this turbocharger limits power to a maximum of around 265hp. The Honeybadger turbo uses components from this original turbo with modern compressor and turbine wheels to give a responsive, efficient and modern turbo that is bolt on compatible with the standard engine.

In our first tests we were able to max out the standard injectors and hold a solid 1 bar of boost to the redline with this turbo. Typically with a K26/6 boost would drop significantly to around 0.65 bar by the red line. Although we were unable to measure the power output whilst we finalise our dyno configuration our estimates are at least 300hp and we only stopped due to insufficient fuel from the standard turbo injectors running at an increase pressure of 3 bar with an uprated walbro fuel pump. We were hitting 12:1 air to fuel ratio which is a little too lean for anything other than the occasional blast on the road.